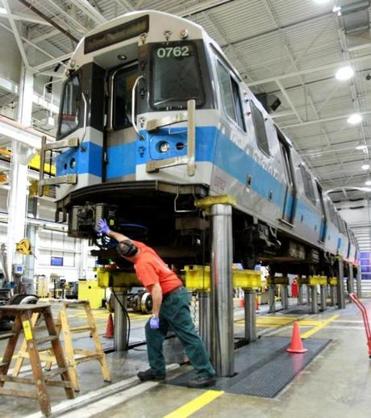 The more the MBTA’s new control board digs into the issue of T absenteeism, the less consequential the problem looks to the agency’s bottom line. The latest MBTA report shows overtime costs due to absenteeism at $7 million a year, down from a previous estimate of $10 million.

Of course, nobody likes employees missing work, and nobody likes losing $7 million. The T should address the problem so as to keep service running as smoothly as possible. But anyone thinking that solving absenteeism will be a financial godsend simply doesn’t understand the numbers.

The T is also considering allowing advertising for alcohol, a proposal which it estimates could bring in up to $1.3 million in additional revenue. The proposal has generated animated discussion, and Boston Mayor Marty Walsh has come out against the idea.

But neither amount is remotely consequential to the size of the challenges facing MBTA. The media and elected officials spending time debating these relative pittances has the effect of distracting attention from the scope of the real problem: the T’s $7.3 billion state of good repair backlog.

To illustrate the point, we created this chart, which shows a to-scale comparison of the backlog to the money to be saved on absenteeism.

Keeping the chart to-scale while adding an alcohol ad revenue column a single pixel high would have made the chart seven times this tall. But you get the point.